3D portfolio, 3D print and realtime graphics
​This part is just a really old sample of work - So if you reached this page, notice it was made more than 10 years ago.

Let's see the breakdown of the images I got using the Kinect Scan.
3D scanners are a powerful tool now used for scanning just... everything you can imagine, from the tiny mechanic piece wich can be seen by a laser scan to the big scanners used to Scan huge buildings. Now we have the chance of having a cheap scanner at home, hardware under 100€ with an extra money and software from diverse companies wich are using this amazing technology. 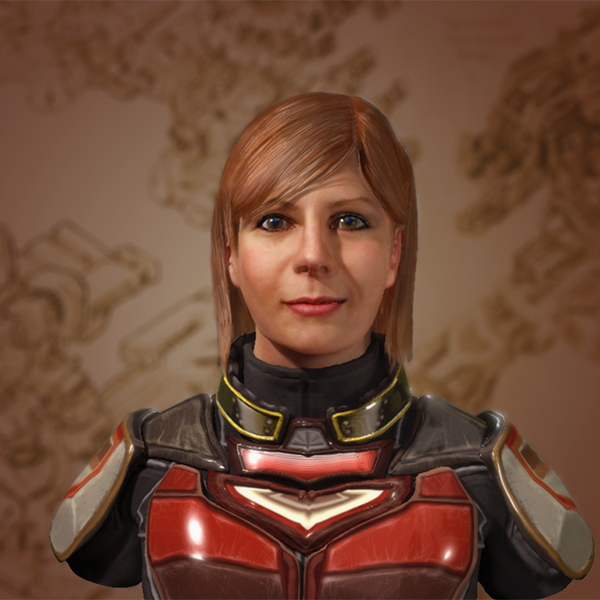 This is my result of a Full-processed face of a friend. Esther, who wanted to help me in this project. I got this result in Maya, using Mental Ray and I spent 2 weeks for the face and hair, and one more week for the armor and also some details I changed.

The first fact of using 3D scanner, when this scanner is a low-budget scanner, don't expect a miracle! I worked at a company where we had a big scanner, built from a white light scanner with 4 sides and we were having a full-body scan, but the resolution of Kinect and this big scanner (wich was more expensive than 6.000€ for sure) It was much more expensive, but the post-processing was reduced drastically.

Both, expensive and cheap, needed at least an organic modelling to retouch nose, eyes, ears and mouth, but it gave the essence, the general proportions of our character or portrait.
I have to say, I am quite impatient, so I never waited till Skanect was finished, so I tried their first program in Mac I could use, starting the last Oct 2012. Having a software wich was not making the allignment quite well, so I decided to take different takes from each side of the subject, but I guess at the new software released at 2013 is solved. This time I took the two sides of my friend on a 3/4 view, never a complete Profile. I took profile textures later with a reflex camera, to support the RGB information taken from the Scanned data, wich looks like the pictures above.